Rough notes from a weeklong revisit to China: Beijing, Wuhan, Changsha, Kunming. Mix of travel tips and reflection, with summarizing thoughts at end. Written with the understanding that these stories are indicative, not representative. For context: I lived in Wuhan 2009-2010 and Beijing 2010-2014. 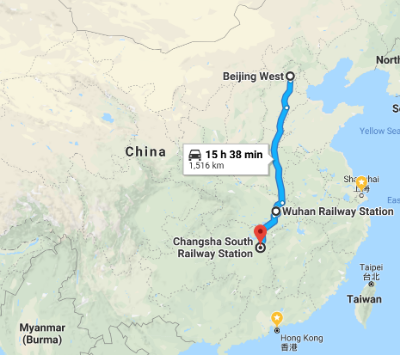 The highspeed rail makes this journey in ~6 hours

Beijing
Wuhan (really: Wuchang)
Changsha
Kunming
And lastly: consider how important it is to go back to such a familiar yet foreign place on a regular basis. The variation from your day to day is critical.

In many ways it feels like there has been lots of change since I lived in China (2009-2014); in other ways, less so. What I tend to read/hear in the news these days wrt China centers around trade wars, Xinjiang concentration camps, bitcoin mining, surveillance and social credit, Xi Dada’s Pooh Bear face, and AI / CRISPR developments. But what about broader cultural change to a 1.3B+ population?

On thinking back on my recent trip, I realize I was remarking mostly on superficial cues. What about the cultural implications of change? Similar to the piece Futurism Fails on Culture , when thinking about change in the future, we think about technological changes, but rarely cultural or societal ones. And yet, it *DOES* feel like there are cultural changes afoot…

I was talking with friends recently about the impact of distribution to culture. What *is* the impact? Here in China, the change in distribution impacts not just ecommerce (although the network of commerce from the likes of JD.comand Taobao is astonishing), but payments, distributed work, and even content, too. (See this link for a good infographic on WeChat.) Mobile payments are used for everything, from car parking to utilities payment to even paying your local baozi vendor. From Beijing and Shanghai (Tier 1 cities) to Tier 2 cities like Kunming, Wuhan, and Changsha.

With the distribution of WeChat (called Weixin in Chinese), more work can be done on an individual level… even through one’s personal account. For example, I met a young woman in Kunming who had moved from the countryside 3 years ago, living in a danwei and selling life insurance through her personal Weixin / Wechat account. All of her work was done through conversations online. When I asked her if she liked what she did, she said definitely, because she had a lot of freedom. That flexibility is powerful. From any random outpost, one can sell goods online, like my Changsha friend did selling “magic pants” (ie leggings) through Taobao. The distribution of content too can be felt, as more people post on Weixin about their day to day. Check out stories on the Wang Hong– internet celebrities–to get a better sense of the pinnacle of sharedom. This piece on live-streamingand this piece  from Jiayang Fang of the New Yorker are recommended.

While these examples seem discrete, I *do* think the past 5 years have set a tone for change on a broader cultural level. (Of course, that will be met with: whether the government will let this type of cultural change happen, and under what level of control.) While traveling, I kept coming back to Morgan Housel’s recent piece “How this all Happened.” Similar to the years following WWII in America that Housel describes, it seems that there has been a “leveling out of lifestyles” in China, too. Housel writes; “People measure their well being against their peers.” And in China today, it feels like more and more people live lives “that are at least fathomable to those around them.”

So: I think the seeds for cultural change are there. Perhaps it’s the increasingly routine advertising telling onlookers that they can “Change the world,” or maybe it’s the greater level of access to & comfort with more remote, distributed work. Perhaps it’s simply a leveling-up in convenience and comfort that frees up efforts to be placed elsewhere. Or maybe it resides in this statement, from my friend who lives on the outskirts of Changsha when we went to a glitzy mall downtown– “we’re like countryfolk coming to the big city.” That’s no longer true. They actually *are* city people now.

NOTE: A contrasting point that I don’t go into here is related to seemingly localized events *against* leveling up. An example is Beijing’s recent aims to beautify the city, “ridding it of uncontrolled development and “low end” entrepreneurship in an effort to become a futuristic tech hub.” I wonder what lasting cultural tone that sets. 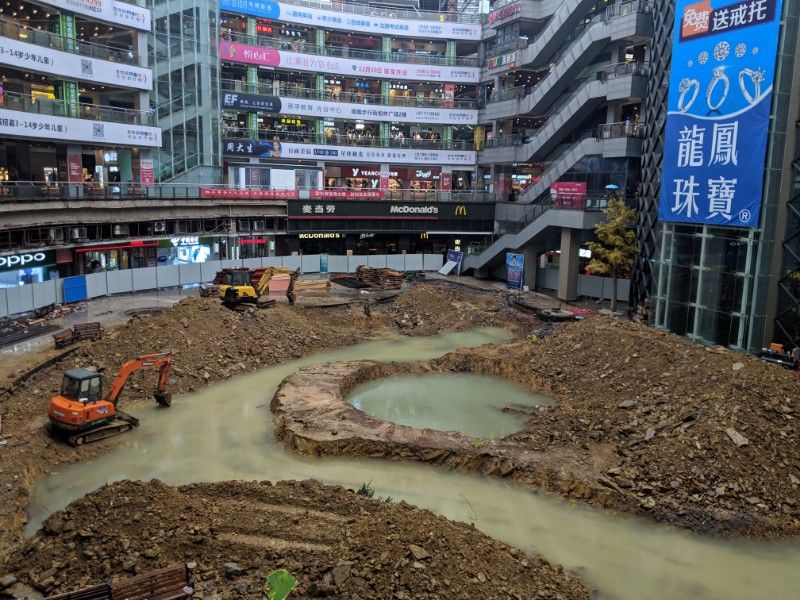 Some easy things to do before going: