I suspect the design-bid-build nature of our “traditional” buildings industry has an impact on *progress.* Albeit what we call traditional is actually recent to the past ~100 years compared to the design-build process of history. This paper explains that the Empire State Building’s speed of construction was attributed to design-build, among other factors (e.g. ESB’s design decisions were driven by schedule, not the other way around)

Pointer from: Rabbit hole learning about the project delivery process that produced the Empire State Building 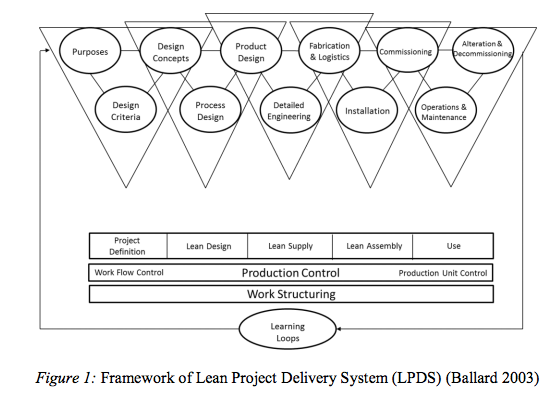 The main difference between LPDS and traditional project delivery lies in the way projects are viewed. By traditional delivery method the authors are referring to design-bid-build approach. In the design-bid-build approach, design and construction are viewed as two independent non-overlapping processes. The designers and contractors rarely consider how to manage the entire production system.

In contrast, LPDS adopts a production management approach and manages the entire construction project as a system.

Unlike the traditional approach, estimations of costing and project duration were integrated with the production of the project definition of the Empire State Building. The design of the project was driven by its schedule. All the design decisions were made based on the owners’ requirement that the building be completed by May 1, 1931. This was influenced by the real estate practices of that time when the lease agreements used to be of annual terms commencing on May 1st (Willis, 1998). Thus, if the building was not leasable by that date, the owners would have lost one year’s revenue from rent. In addition, a longer schedule would add to the running costs of interest and taxes, which were estimated to be $10,000 per day (Willis, 1998). The tight schedule for the Empire State Building was influenced by these various financial factors, which in turn interacted and produced a complex equation that influenced the building’s final form.